This RF Listener Lets You Hear The RF Sources!


Have you heard about RF listeners earlier? If not, Maker Wolf has designed an RF listener that lets you hear the RF sources. When we look at the RF receivers, it usually singles out a particular frequency and decodes it. But in this project, the handheld device takes a range of frequencies and plays it as audio without decoding it into some type of information.

“When you turn it on you immediately hear a whole forest of sounds; rapid blips from Wi-Fi, the intermittent chirps of airport radar, the drone of a microwave oven, and so on”,

With this handheld device, you can now listen to a sound that you have never heard before.

When testing the schematic, the designer realized that it would not be possible to have a 0V = 0 signal for an op-amp circuit. The zero signal was made at 224mV, but when the actual prototype was tried, the chopper was disturbing the zero-voltage point. Hence the chopper was given its own buffer. The below figure shows the rewiring required to do this in the first prototype hardware. 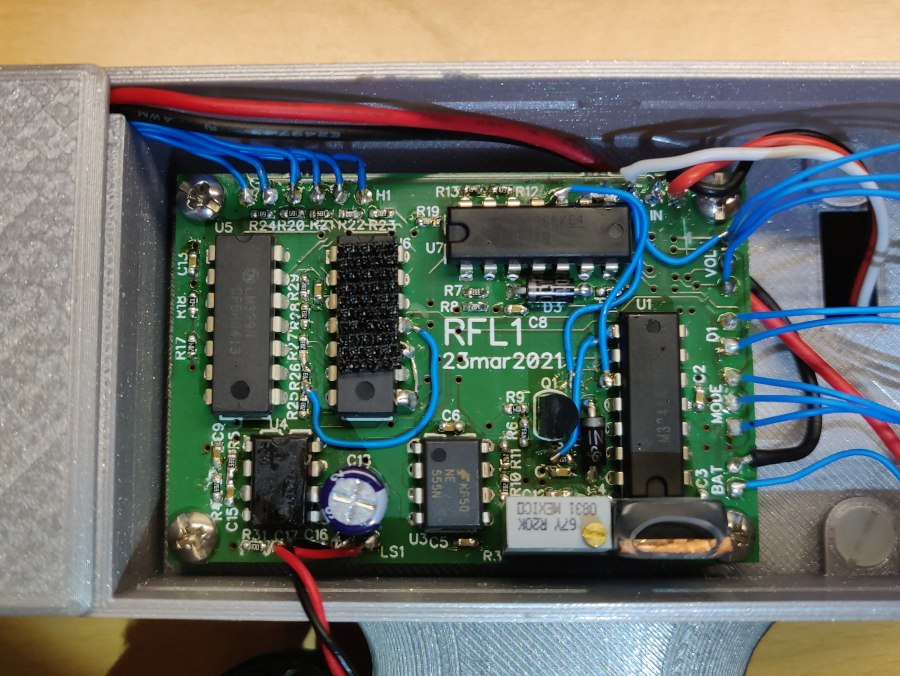 At the heart of this wideband directional RF receiver is the AD8318 demodulator chip, of which the breakout board is available on Amazon that takes the RF signal as input and outputs the logarithmic amplitude signal. But before it becomes audible, the output signal is passed through several filters and amplifiers.

The handheld RF listener employs a TSA900 antenna that is bidirectional in nature and supports a wide frequency band of 900MHz-12GHz. In the final working prototype, there is an addition of a peak detector to the amplitude path and an exponential amplifier before the speaker. When the first PCB arrived, the schematics did not work due to some minor errors in the wiring and a few assumptions in the zero-point voltage. However, after some re-work and minor tweaks, the handheld device worked perfectly well. If you are interested in detailed explanations and project files, head to the official blog post.